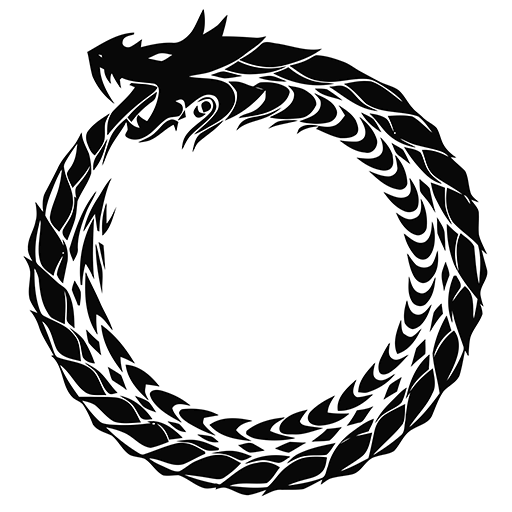 Every member of the Oblivion Order has the ancient symbol of Ouroboros tattooed onto their forearm. This ancient symbol of the serpent eating its tail originates from Ancient Egypt and represents the infinite cycle of creation and destruction.

The tattoo is a mark of honour that the bearer can be trusted, it is branded into the skin by the Infinity Engine during the initiation ceremony. It cannot be removed, but some groups such as the Draconians have modified their serpent, giving it wings to better represent their guild.

The symbol appears in global cultures throughout history. In most cases, this is due to the influence of the Order, many cults and mystical traditions have their roots as a result of interacting with one of the Order. Some Scriptorians believe certain members of the Draconian guild actively encourage these beliefs as a way to ensure travellers are seen as sacred when visiting those eras — others simply wonder if it’s not all just about their ego.