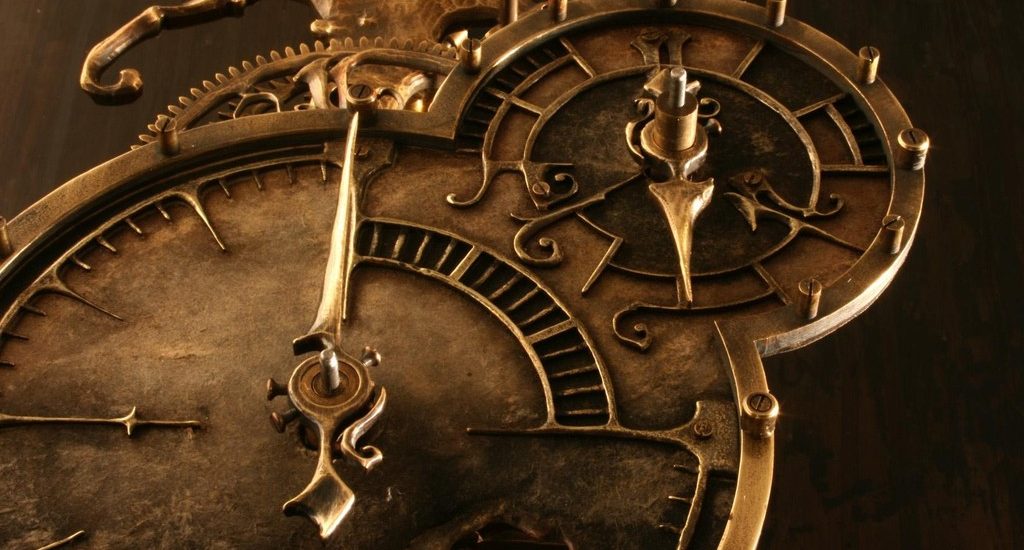 I have always been fascinated by the idea of Time Travel.

It began in the late 70’s with the wonderful Tom Baker as Dr Who, there I would be hiding behind the sofa at my Nan’s, watching as any number of rubber-suited men would once again try and end mankind, destroy the earth or generally get up to no good whilst the mad-eyed, scarf-wearing eccentric in a blue box did his best to stop them.

We didn’t know back them what a phenomenon it would become, nor indeed did Mr Baker, who I think still has to be the best Doctor there ever was (but I guess that depends on your age).

Even though it is possibly one of the most successful TV shows of all time, running far longer than virtually anything other than maybe Coronation Street. I have to say it has lost some of its appeal for me these days, and maybe that’s why I decided to start the Infinity Engine.

Time travel is a bit like Marmite; you ever love it, or you hate it. I know there have been a few movies that have got themselves caught up in infinite loops and lost their audience in the process. I love the scene in Looper where Bruce Willis skims over the subject of how it’s done, because ‘they would need a bunch of straws and stuff.’ When I began writing the Infinity Engine (not that it was called that then, I think it was more like TimeWeavers or Pathfinder), I knew that I wanted to mess around with history as a way to explore the whole alternate universe or multiverse theory.

What I didn’t want to do was lose my readers – going back and changing the past does smack a little of cheating, like waking up and it was all a dream. So I created a bunch of rules and an organisation to enforce them. With any story world that you create you need to give it boundaries and mine would force me to work harder to get the narrative to sound plausible.

If you think back to Dr Who, most of the time all he had to do was dial back the TARDIS and take the alien down before it has a chance to take over the world. To avoid this, the scriptwriters use to make the police box a bit temperamental, thus making it impossible for the Doctor to take the easy option. I wanted my timelines to change, watch history rewrite itself, but I didn’t want to end up with an Inception-style story-within-a-story loop that confused the reader.

The most interesting thing about allowing history to change is what you keep and what you alter. Research becomes incredibly difficult when you leave the known, well-documented path of our history (at least the one that got written down) and start to mash-up and diverge; causality is a complex thing to start playing around with — but it’s a lot of fun when it works.

I hope you will like what I have created. It’s not quite ready yet, but good things are coming…